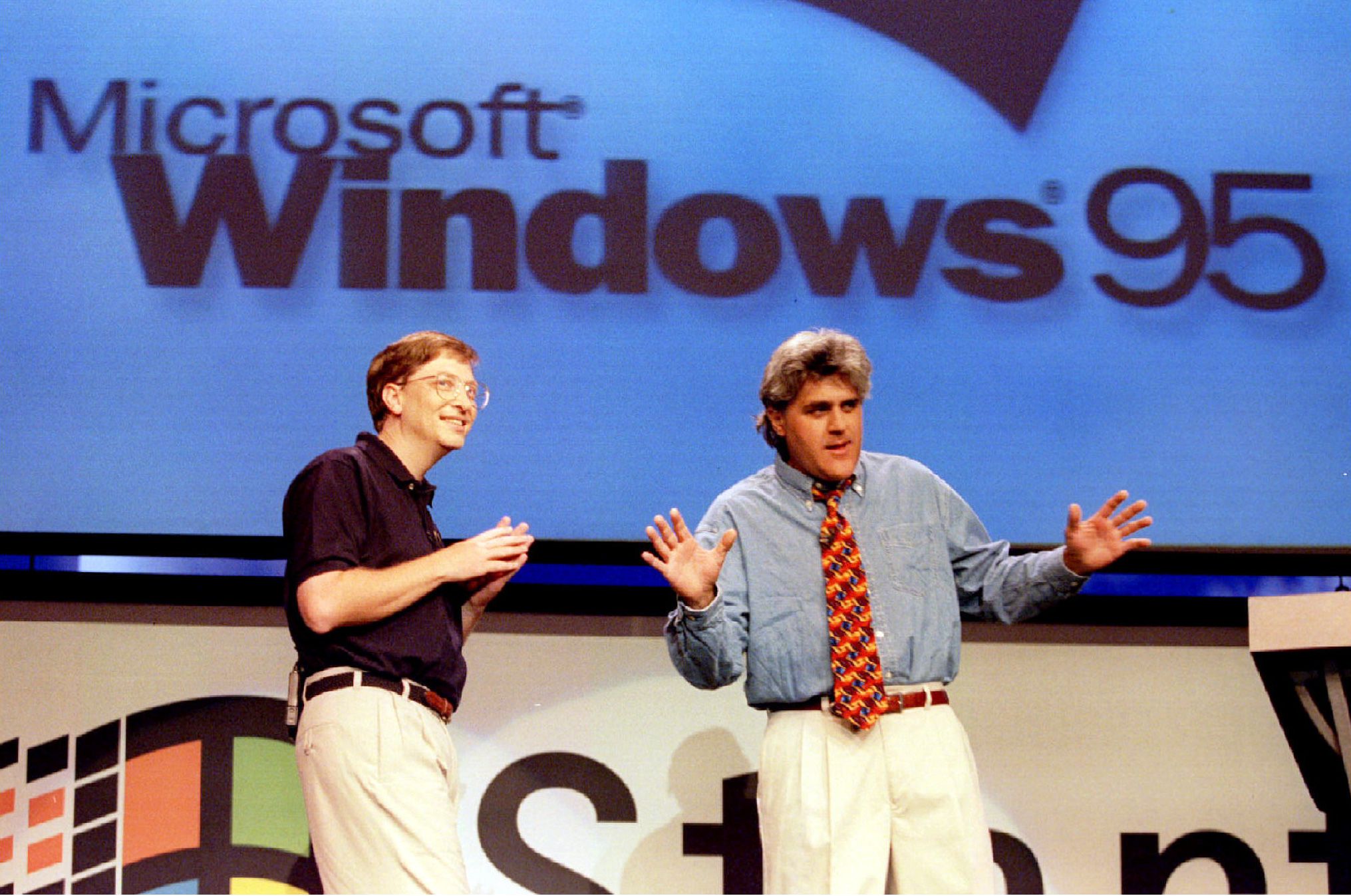 As a child of the 1980’s, I must confess that I was too young to quite literally dance with joy once Windows 95 was launched. Fortunately for lovers of grown men engaging in dad dances everywhere, this was not a stance shared by those at Microsoft, as they boogied long and hard into the night for our anachronistic amusement.

Nowadays – deplorably – Windows releases are conducted with much less dancing on the part of Microsoft. Windows 10 is, of course, a far more functional operating system, yet it is has not completely abandoned everything that made ’95 the game changer that it was. The (less blocky) ‘Start’ button remains the cornerstone of Windows 10 (after unsuccessful experiments in Windows 8 to replace it), whilst the taskbar still enables non alt-tabbers to switch between different programs with speed.

On a personal level, Windows 95 shall always be synonymous with Sid Meier’s Civilization II, the pixelated precursor to the leading empire building computer game of the modern era.  It also introduced MSN and, with it, ensured that teenagers of the late 90s and early 00s would soon be introduced to MSN Messenger: an early Whatsapp equivalent upon which many an evening would be wasted spent.

So, Happy Birthday Windows 95! With Windows 10 still struggling to attain the following that the earlier versions of the Windows OS had, it may not be a bad idea for the minds at Microsoft to hearken back to the spirit and energy of Windows 95. Or dance more. People love dancing.

Read a selection of our other blogs and articles here.